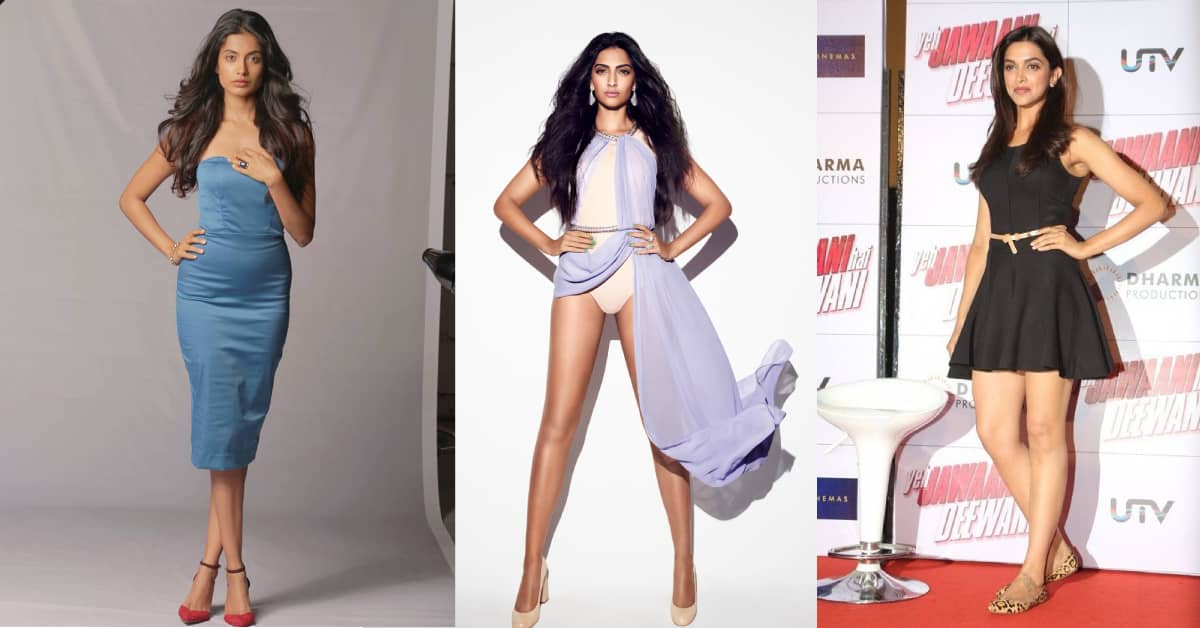 We believe height can be a disadvantage mostly for any Bollywood diva because they have to keep their bodies in a shape instead of being too skinny. Let’s have a look and do let us know which one is your difference and why?

Bollywood queen Deepika is one of the famous & tallest actresses of the industry she is considered in Tallest Bollywood Actress. Her height 5’9ft. She started her career with modeling and the step into the film industry and now she is one of the highest-paid celebs in India. He has already worked with Hollywood star Vin Diesel and got popularity in Hollywood as well. People love her because her confidence with height sometimes upsets male actors as well. Recently she got married to Ranveer Singh and living a happy life. Does Katrina Kaif also consider in Tallest Bollywood Actress? (Yes)  How many of you admire Katrina Kaif?  She is one of the finest actresses of Bollywood and she is always appreciated just because of her well-toned physique and tallest figure. She put lots of dedication and extremely hard work in the industry to grab the attention of people. She gained lots of respect because of being one of the undisputed queens of Bollywood. She has already worked with all three Khans of the Bollywood and gave big hits. Her height is 5’8 ft.

She just got married recently with a top player of the Indian cricket team Virat Kohli. She started her career with Shahrukh Khan in a movie named as  “Rab Ne Bana Di Jodi”. She is not an only elegant actress but gave her the best in different roles. Her height is 5’9ft. Her height and stunning appearance make her stunning and attractive.

She is a young actress but has already grabbed the attention of various people because of the stunning and jaw-dropping dance moves. She has worked with top young actors of this era like tiger shroff & Kartik Aryan. Her slim figure and tall height is one of the best factors in her personality which is much needed for the queen of B-town and we can surely say this she would be among them very soon. Her height is 5’9”.

She is a daughter of veteran actor anil Kapoor. She is a famous celebrity. She has already worked with top-class actors of B town but one of the attractive features of her personality is her height. She is known for her fashion statements and already made many magical appearances in Cannes film festivals as well that made her favorite of Hollywood. Her height is 5 feet 9 inches.

How many of you know this beauty? She is the tallest and has a gorgeous personality.  We don’t know her because of her acting career. Her successful modeling career is her identity. Although she grabbed one hit movie “Rockstar” Her height is 5’9 inches.

How many of you know this dusky beauty? Lisa Haydon has been doing so many supporting roles for the last few years and last we saw her in the movie “Ae Dil hai Mushkil”. Her height is 5’ 10 inches. Let me tell you all she has made her debut in romantic comedy Aisha and got the identity of everyone.

She is one of the finest Indian actresses who has started her career in Telugu movie named as Chirutha. She got fame in the movie “Kya super kool hai hum”. Her height is 5’7 inches.

We all know her because of her dozens of Bollywood hit movies. She made her debut in a movie Baazigar and got so many nominations even in film fare for best-supporting actress and lux new face of the year. She is a fitness freak and has the tallest height. She is listed in one of the gorgeous actresses of B town. Her height is 5’7”.

You might have seen her in one of the big-budgeted movie “Veer” against Salman khan. She has worked for Punjabi, Tamil & Telugu movies as well. Her height is 5.70” in feet. Zareen khan is one of the prettiest actresses of the Bollywood who got the attention of everyone but couldn’t be a part of Bollywood mainstream after veer movie.

Diana Penty is also a famous Bollywood actress. Diana Penty is one of the gorgeous actresses because of her prettiest smile and height. She made her debut in a Bollywood movie “Cocktail” She has been seen in more movies but didn’t get attention as she got in a cocktail. She is a star endorser of Tresemme & Nokia. Her height is 5.70” in feet.

These are the top actresses who are known for her height. Everyone loves them because of their incredible beauty and tallest figures. Bollywood has so many names who are known for the height. We will come up with some more interesting list as well. Do let us know which actress is your favorite and how do you rate them in height & beauty? We hope that you have liked our effort and want to see some more interesting stuff from us. Stay tuned.