Salman Khan Cars: Salman Khan have many cars and bikes. Salman Khan is one of the most famous celebrities in Bollywood with a huge fan following. He is popularly known as Bhaijaan, Salu, and Tiger. Salman is also known as a good person by nature. He runs his own charity with the name of “Being Human” which has become a brand now. As you know cars are the best source for making a style statement and have now become a status symbol. And Salman Khan Obsession with luxury and sports cars is known to the word. Most people find Salman khan car number Salman’s cars collection is worth watching.  Most of his four wheelers have 2727 on the number plate. The reason is his birthday i.e. 27 Dec 1965. Salman can be seen driving in different movies. Let’s have a look what Salman actually drive in real life.

It’s well said that “Bhai ka dil aur Gadiya dono hi badi hain”. He is popular for having big luxurious vehicles in his garage. Here is the list of cars collection owned by Dabang Khan. As Salman Khan Like Dogs same he like Cars.

Range Rover– Range Rovers seem to be a favorite for Salman as the previous generation find a place in his garage as well. But the vehicle sometimes gave him trouble. Salman once tweeted about the vehicle “meri pyari Range Rover 1.5 years me 9 baar break pads change krvae, ek bar to suspension bhi badalvaya or kal gadi beth gyi”. The Range Rover comes with several engine options – There is a 3.0-litre V6 diesel, 4.4-litre V8 diesel engine and a 5.0-litre V8 petrol engine too. It costs 2.12 to 4 crore in India. It is gifted by Shahrukh Khan. The GL- Class with a black and white roof is not available in the market now. It is one of favorite Salman khan cars as it often seen carrying Salman. The GLE 43 AMG is powered by a 3.0-litre V6 diesel engine that generates a maximum power of 362 Bhp and 520 Nm. It is an SUV and is respected by everyone when talking about presence, safety, and performance. Salman imported this as Toyota does not sell the Land Cruiser in India. It costs 1.29 crore. There are some other cars of Salman khan which are also under the use of Salman Khan. The list is here;

Audi RS7 is Salman Khan favorite car. He was the 1st customer of this car when it made its debut in 2014 he brought this car to India. Red Audi RS7 showcased during the launch that became his ride. It is the sportier version of A7 and is more powerful and performance oriented. Audi RS7 is powered by a 4.0 liter twin-turbo V8 which produces 555 Bhp and 700 Nm. Like all RS models, this one gets the Quattro 4wd system and 0-100 is dispatched in a brisk 3.9 seconds. When the vehicle was introduced, it had an ex-showroom price tag of Rs 1.29 crore. The S Class is known for its ultimate performance, comfort, and class. Mercedes Benz S Class is the winner of various awards hence it is owned by many famous celebrities and industrialists. Salman Khan owns a white colored model of the previous generation or W221. It cost around 1.33 crore. Audi R8 is one of Salman’s most favorite trains. Salman’s car is priced at around Rs 3 crore and he loves to travel alone. It is powered by a 4.2 Litre V8 FSI petrol motor which puts out 420 bhp with 317 Nm of torque. This variant of the Audi R8 can clock a top speed of 301 kmph. The list of Salman trains also includes Audi Q 7, which costs 80 lakh rupees. It was gifted by Audi India for the success of Bodyguard movie. Salman is often seen traveling in this car with his family. In the earlier days, Salman uses Lexus LX570 Salman has 2003 model. Lexus is not sold in India currently. It costs 2.33 crore. Here are we mention the original price of Salman Khan cars.

How many cars Salman Khan have?

Do you want to know that how many cars Salman Khan have? Then you come to the right place. Salman love to have a lot of fabulous cars and bikes. Salman has almost 10 cars in his garage.

“Audi R8” is said to be Salman Khan personal car. Salman is seen many times driving this car himself. 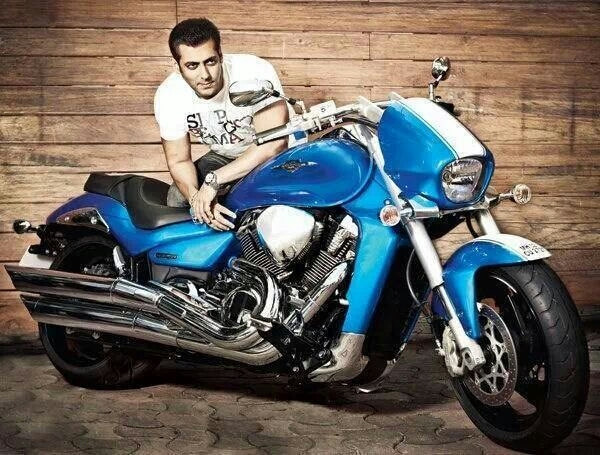 Salman Khan Bikes: Salman Khan is one of the richest and famous persons with more than 150- crore net worth, and Salman Khan has many fans. The great muscle man of Bollywood film industry is very fond of expensive cars and bikes. The bad boy and a most eligible bachelor of Bollywood live his life […]